Raised in Springfield, Massachusetts, Dick has followed the sport of modified stock car racing throughout the Northeast for over 50 years. His interest began in the early 1960’s as a fan attending weekly races at Stafford Motor Speedway, Thompson Speedway and the now defunct Riverside Park Speedway in Agawam, Mass. The intense competition provided by drivers including Stevens, Evans, Flemke, Cleary, DeSarro, Greco, Gallulo, Stefanik, Dixon, Polverari, Membrino, Mordino and many others combined with his interest in photography resulted in his hobby of auto racing photography.

Dick also became involved as a crew member on a car at racing at “The Park”. Later he tried his hand at go-kart racing at several dirt tracks in New Hampshire. He soon became friends with many of the drivers, writers and media members and his racing photography interest grew. He began to market his photo’s in several ways including racing calendars, autograph driver hero cards, schedule cards, refrigerator magnets and anything else he can think of. More recently he expanded his interest to include motorsports marketing and sponsorship. 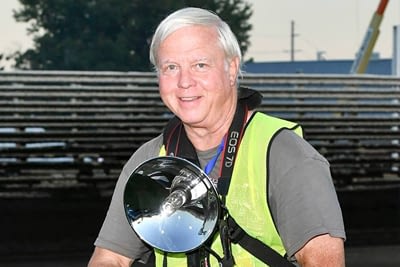 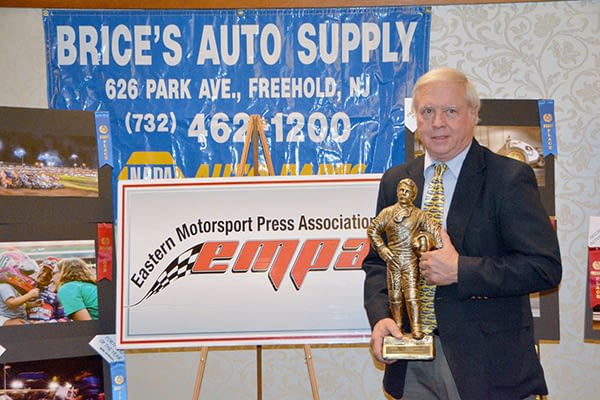 Dick is the Photographer at Stafford Motor Speedway and regularly covers the racing action at the New London-Waterford  Speedbowl, New Hampshire Motor Speedway and the Thompson Speedway Motorsports Park. He attends most of the races on the NASCAR Whelen Modified Tour, the Modified Touring Series and the Valenti Modified Racing Series. In addition, you will find him covering some of the major national series races including the Monster Energy NASCAR Cup Series Daytona 500, USAC Indiana Sprint Week, USAC Kokomo Smackdown, the Knoxville Nationals and the DIRT World Finals. He is a member of the Eastern Motorsports Press Association and was the winner of the 2017 EMPA “Ace Lane Memorial” Photographer of The Year. Over 50 years of auto racing photography and experience has helped him better understand and provide the services a racing team needs to build their name, brand and gain sponsorship attention and support. Dick is a graduate of Western New England University.